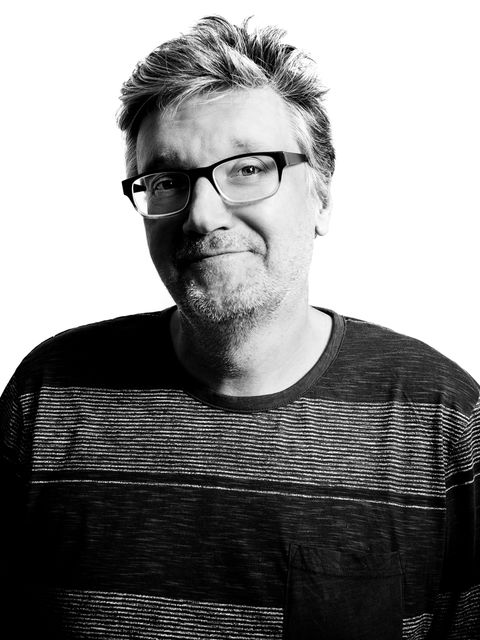 Born in Aachen in 1962, attended school in Aachen from 1968 to 1978; technical training from 1978 to 1981. Guitarist and keyboarder in various bands (eg "Catch 22") since about 1977; first own arrangements and compositions. Pronounced interest in film music from the very beginning. Founding member of the Aachen Film House in 1985, actively organizing the Aachen Film Festival. In 1986, composition of first film themes In 1987, moved to Munich with the intention of making composition of film music his sole profession. Jobs as studio guitarist, performing with various bands. Theatre engagements as technical/artistic freelance. First film contacts; composition of film scores - mostly for film students in the beginning - and production of these scores, under rather wild conditions at times. Extensive stays abroad (USA, Mexico, India, New Zealand for six months).

Within the next years, there was an intensifying co-operation with certain film directors likewise commencing their career. (Such as Martin Enlen or Jobst Oetzmann, later Thomas Berger, Vivian Naefe, Torsten C. Fischer, Dominik Graf, and others). In 1993, his first score for orchestra with the Tessarini Chamber Orchestra Brno is recorded (for the short "Der Magier" directed by Markus Wernig). In 1995, Schleip's film score for "Roula" gained attention and acknowledgement throughout the field. Hence scores to numerous motion pictures and TV films have been accomplished, mostly high-budget and with big orchestras. Since this point in his career Schleip has lived solely from his work as a film composer. In 1996, he won a scholarship of the Filmwerkstatt Essen for the European Film Music Composition Workshop 1996. Workshops presented by: Michael Nyman, Wojciech Kilar and Krystof Zanussi. In 1997, he won the same scholarship. Workshops headed by: Patrick Doyle and Randy Thom.

Schleip himself has been increasingly active teaching, e.g. presenting a workshop at the 7th International Summer Academy for Film, TV and Music in Munich in the summer of 2001. He has numerous awards and nominations, such as the German Television Award 2000 and 2003 (Category: Best Music) and the German Film Critics Award 2001 and 2002, both times for Best Film Music. Adolf-Grimme-Preis 2010 for filmmusic. Dieter Schleip is member of the "Deutscher Komponistenverband" (German Composers Association) and founder member of the "Deutsche Filmakademie" (German Film Academy).
Show moreShow less