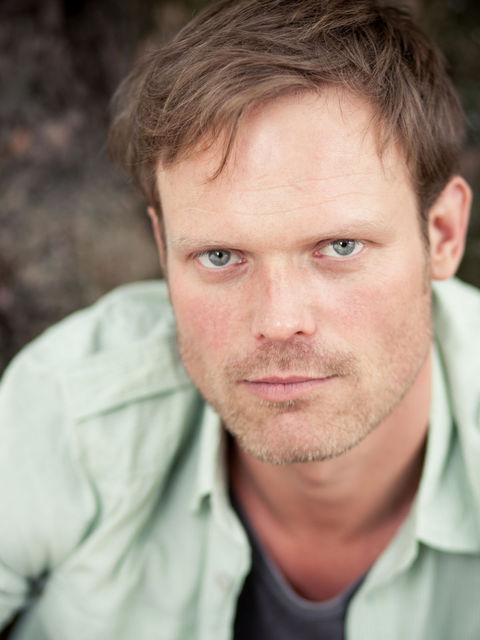 Thomas Wingrich was born in Halle (Saale). He studied at the Academy of Music and Theatre in Leipzig and at Schauspielstudio of the Staatsschauspiel Dresden.
From 1997 - 2000 he was employed at the Kammerspiele Magdeburg and played among others Mephisto in Goethe´s "Urfaust", Ophelia in Shakespeare´s "Hamlet", Nick in Bukowski´s "Either way", Gino in Petras´ "On the way to the wedding". In addition, he directed the world premiere of "Hanging stayers" with teenagers.
Since 2001 he has been a freelance artist and has starred at the Kleines Theater Berlin, the Theater Bregenz, as Stanley in "Brooklyn - memoirs" at the Tribune Berlin, on tour with the Theater des Ostens and since 2008 regularly at the Berlin Criminal Theatre, among others as Christopher Wren in A.Christies "Mousetrap". Since 2003 Thomas is a member of the ensemble Klassik am Meer and starred among others as the Templar in Lessing´s "Nathan the wise", as Everyman in Hofmannsthal´s "Everyman", Tellheim in Lessing´s "Minna von Barnhelm" and as Marinelli in Lessing´s "Emilia Galotti".
He also appeared in numerous television films, as for example in "Ein todsicheres Ding" (starring Eddy), in "Liebesau - die andere Heimat", "Wolffs Revier", "Behind Bars", “1943”, "In Danger", “Weissensee”, and in some cinema productions. In addition, he produced since 2007 a number of readings und audio books, started to work as director of theatre again: Thomas staged in 2012 for the Nordlicht Company Berlin, in 2015 for the Inseltheater Moabit, in 2017 Shakespeares “Romeo and Juliet” for Klassik am Meer, in 2018 Molières Comedy “The Miser” for the Nordharzer Städtebundtheater and Fitzeks “Passenger 23” for the Berlin Criminal Theatre.
Since 2010 he is a guest lecturer for acting at the Theaterakademie Vorpommern.
Show moreShow less