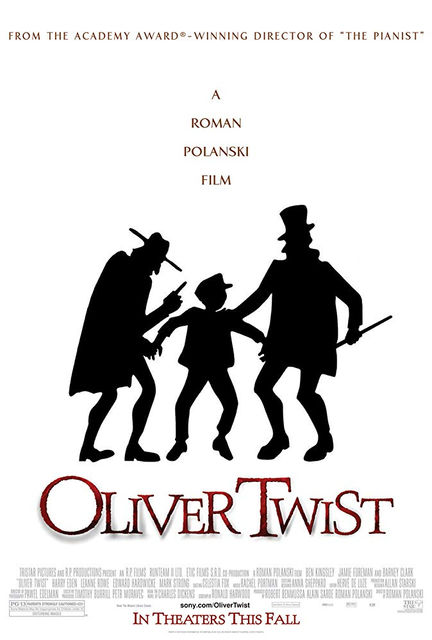 Bearbeiten
In an English Victorian orphanage, Oliver Twist just manages to survive, along with his companions of misfortune. Undernourished, exploited, he’s sent to work in a funeral parlor where, yet again, he’s abused and mistreated. Oliver puts up with it all, but one day he’s pushed too far and flees to London.
Exhausted and starving, he’s picked up by a gang of young thieves who work for old Fagin. With Dodger, Bill, Nancy and the others, Oliver discovers a cruel world where only cunning and strong-arm tactics count.
Arrested for an attempted robbery that he didn’t commit, Oliver doesn’t betray his gang. His behavior is viewed favorably by his intended victim, Mr. Browlow, who becomes his benefactor. But Fagin and Bill soon exercise their power over Oliver and force him to participate in a break-in at Brownlow’s home. Oliver gets caught up in a series of tragic events that reveal the true nature of the people around him and force him to choose what path his life will take.
Mehr anzeigenWeniger anzeigen