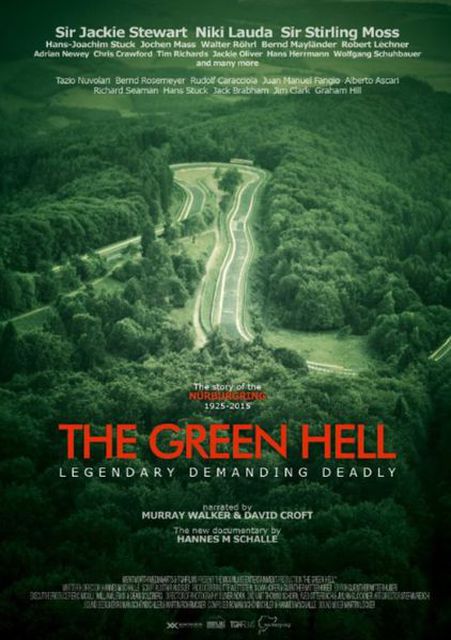 Bearbeiten
"Lurking in the German region of Eifel, the “Nordschleife” (or “North Loop”) is the most demanding and difficult racing circuit in the world.

Built in 1925, the 15.5 mile Nürburg Ring remains the benchmark of performance for racers and manufacturers even today. The lap record for a licensed car, currently held by Porsche’s 918 Spyder at 6min 57sec, is the target and temptation, for new supercar and for every driver, both professional and amateur.

Twisting like a serpent through the dense forest of Eifel, the ‘Ring is a deadly beast... BBC’s Top Gear presenter Jeremy Clarkson reported that “over the years this track has claimed more than 200 lives”. It was closed to Formula 1 in 1976 due to Niki Lauda’s near fatal crash and is still demanding in 2015.

The Nürburg Ring, worshipped by motor racers cares nothing for its pilgrims, whether they are speed demons or legends of the sport. For the ‘Ring has dealt death or terrible injuries indiscriminately to those who have the audacity to try and conquer it.

Mythical and deadly, the Nürburg Ring was best described with awe and respect by one racing legend who took on the challenge and lived to tell the tale, Sir Jackie Stewart... he called it:

The Green Hell™ will reveal and explore this unique relationship between Man, Machine and Nature with brand new material filmed in stunning 4k. The film will showcase exclusive interviews and revealing portraits of motor racing legends from both past and present; it will follow the story of three great motor sport journalists, who happened to grow up around the Ring; follow private adventurers; the fastest hyper-cars of today and... it will reveal priceless unseen footage from motor sport’s golden age from the 1920’s on. (http://www.thegreenhellmovie.com/#!about/c2414)
Mehr anzeigenWeniger anzeigen