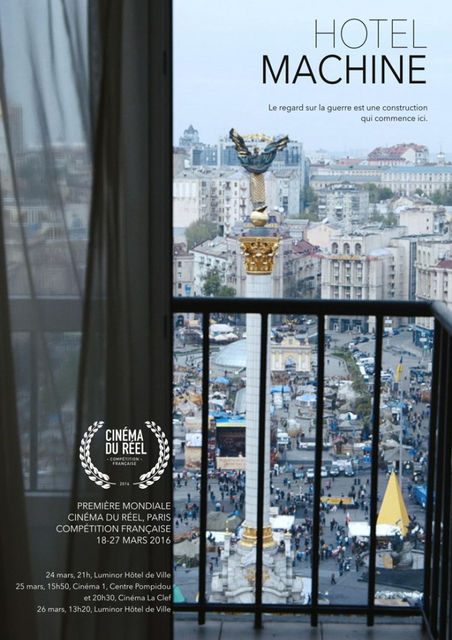 Bearbeiten
We were wondering where the images of conflicts that we look at daily are fabricated. We filmed hotels where journalists stayed in conflict zones. We believed that putting ourselves in their footsteps would allow us to understand how they saw and interpreted things around them, and why they represented the events the way they did. We assumed that spending time studying a detail of the vast apparatus of fabrication of representations of conflicts would allow us to understand their stakes.

The tension in these pacified hotels was still palpable and we were not always sure whether we stood after or before the conflict. Every plane in the sky, every explosion outside, every ambulance in the street reminded us of the past events. We used spatial and temporal conflations, not to obfuscate, but to highlight how former practices, as well as memory, continue to influence and to build the present. Past is embedded in the present, which makes it possible to represent the past, and to some extent the future as well.