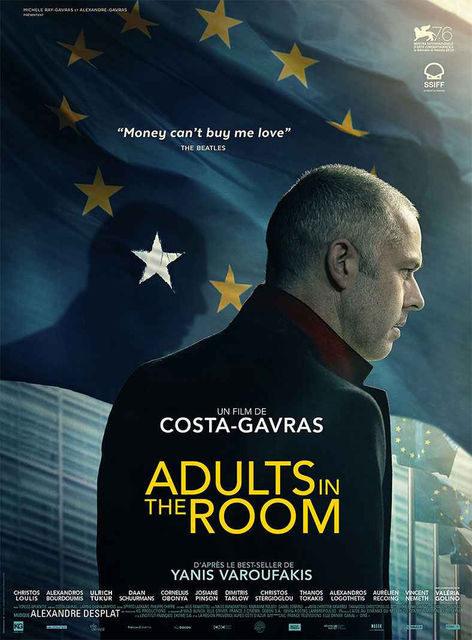 Adults in the Room

Edit
Varoufakis sparked one of the most spectacular and controversial battles in recent political history when, as finance minister of Greece of a radical government, he attempted to re-negotiate his country’s relationship with the EU, provoking the fury of Europe’s political, financial and media elite. But the true story of what happened is almost entirely unknown – because so much of Europe’s real business takes place behind closed doors.

In Varoufakis’ book, Costa-Gavras found the subject for a film: « a piece of fiction, about a Europe governed by a group of cynical people disconnected from human, political and cultural concerns – obsessed with numbers and them alone. »

This is a story about a tragedy, an outsider in politics fighting a losing battle against the Establishment, indifferent towards the suffering of the People.