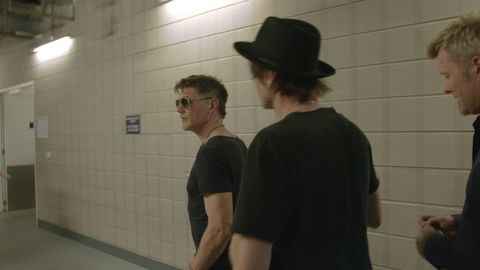 Documentary Feature | 2016-2021 | Docu, Music, Portrait | Germany
The project "A-ha - The Movie" has been editorially approved, but continues to be regularly reviewed, updated and supported through to release by our editors. Please inform us of missing, false or outdated data.

Edit
Three friends wanted to conquer the world with their music. With their super hit "Take on Me" they actually did. Even today the band a-ha still plays worldwide in front of sold-out arenas.

a-ha is Norways biggest pop success ever and their hit Take On Me is still one of the most played songs of the last millennium. Everybody remembers the iconic video, of course, and the band is still selling out arenas around the world.


a-ha - The Movie follows the band over a period of four years, telling the full story of how three young men followed their impossible dream of becoming Norwegian pop stars. When Take On Me reached number one on Billboard in the US in 1985 the dream came true. Or did it? The band was not prepared for what the success would bring, including tension between the three members Morten Harket, Magne Furuholmen and Paul Waaktaar. We get close to three strong personalities. How do they see their legacy and future today?

Almost 35 years after their breakthrough the band still creates magic on stage with their melancholic and timeless music.