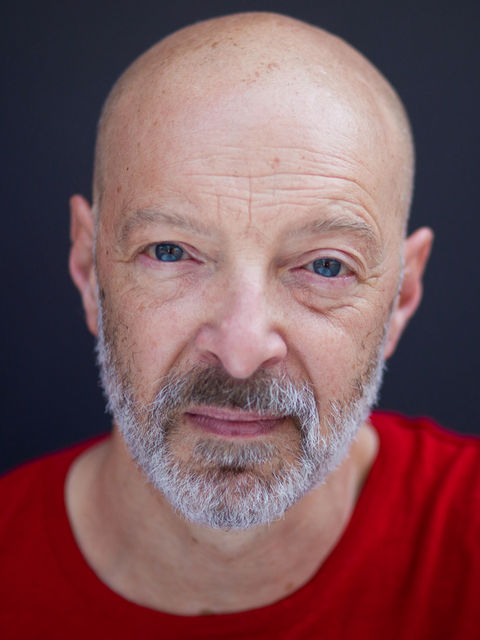 Joey Zimmermann was born 1961 in London-Hammersmith. He grew up in Basel and in Ticino, the italian part of Switzerland. After A-level and first traineeships and small stage roles at the Basler Theater he degreed as an actor at the Acting Academy in Zurich (ZHDK). 1989 he was the main-role in the movie -Dreissig Jahre- (by Christoph Schaub).
In the same year he then started at the Schauspiel Köln, where he staged for a year and changed then to the Schiller-Theater in Berlin. After that he decided to stay in Berlin and work free-lance among others with Theater Affekt, Tanztheater Skoronel, Theater Thikwa, Volksbühne Berlin and in movies (a.o. the serial: Hinter Gittern). Later he was employed at the Schauspiel Bonn, the Schauspielhaus Zürich, the Theater an der Winkelwiese, the Niedersächsische Staatstheater Hannover, the Nationaltheater Mannheim and at the Schauspielhaus Wien.
In Switzerland he continued to play in movies and in free projects as Schauplatz International and the self-reliant Groups -RustWolfZimmermann- and -Freunde des Glücks-.
2005 to 2012 he took a regular job at the Theater Aachen. He worked with Ludger Engels, Albrecht Hirche, Monika Gintersdorfer, Elina Finkel, Anne Lenk, Hans-Werner Kroesinger, Christina Rast and many other directors.
Repeatedly he realises own projects, often relating between visual and performing arts.
Since 2012 he is working as a free-lance in theatre and film.
Show moreShow less