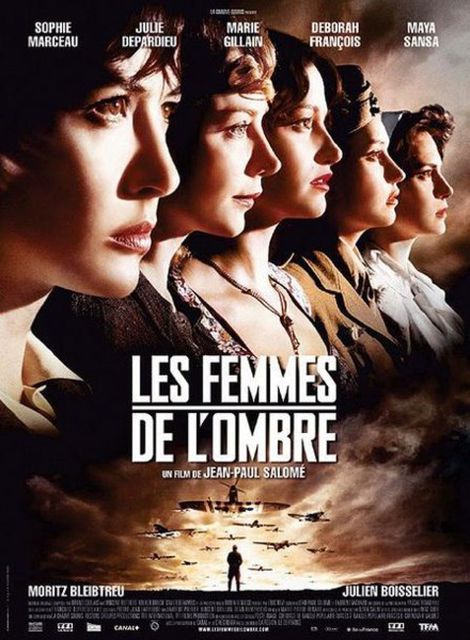 Edit
Louise, a member of the French Resistance, flees to London after her husband is murdered. She is recruited by the Special Operations Executive (SOE), a secret spy and sabotage service initiated by Churchill. She is given an urgent first mission: the exfiltration of a British agent who has fallen into German hands while preparing the Normandy landings. The agent has not yet revealed anything but time is pressing. Louise must first create a commando of women especially chosen for the needs of the operation.

When it comes to recruitment, anything goes: lies, blackmail, remission.

She employs Suzy, a cabaret dancer who excels in the art of seducing men; then Gaëlle, a chemist and explosives expert; lastly Jeanne, a prostitute capable of killing in cold blood. Sent to Normandy, they are joined by Maria, an Italian Jew. This radio operator is the last piece of the final tuned machine.

The mission gets underway well, but quickly becomes complicated. Obliged to return to Paris, the SOE gives them a new, almost suicidal objective: to eliminate Colonel Heindrich, one of the key figures of Nazi counter-espionage. He knows too much about the planned landings. This is the story of five women who didn't set out to be heroines, but who'll become them.
Show moreShow less