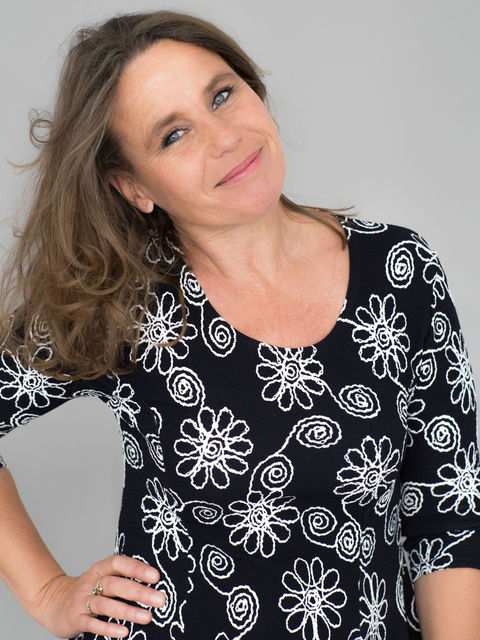 Marie Theres Relin was born in 1966 in Munich into an artist dynasty. She is an awarded actress (Golden Camera), journalist, columnist and author (including a bestseller).

She is also the initiator of "Hausfrauenrevolution.com" (- the housewife revolution and was in 2002 a kind of "internet-social-media-pioneer").

With four languages, creativity, charisma and tenacious perseverance, she meandered through a variety of professions (such as Non-Smoker-Coach to film projectionist) and life.

Her most recent roles were in front of the camera for "Rosamunde Pilcher's Das Geheimnis der Blumeninsel", "Lena Lorenz", "Watzmann ermittelt" in 2019 and on stage in 2020/2021 in "Ungeheuer heiss", a production of the comedy at the Bayerischer Hof and the Theater an der Kö in Düsseldorf.

Their inclusion project, "Cinema Women of All Cultures", was awarded the Integration Prize of the Government of Bavaria in February 2019 and is represented in three cities: Trostberg, Wasserburg and soon also in Munich.

The author has worked for various companies in the press and marketing sector. She wrote a commissioned work for Engel & Völkers Ascona and designed her "Marixis" for the same company on Tenerife in 2019. The small booklets in practical format became her trademark. For Grünkunft, the first plastic-free organic market, she created the cleaning fairy tales "Haufrauenhelden" (2019), "Haushaltshelden" (2020), shot a cinema spot and organised the event series Lustbarkeit.

Her construction kit-film-festival called "Region 18 - We bring the stars to the countryside" started in July 2019 with a homage to Hannelore Elsner in the Stadtkino Trostberg and Kino Utopia Wasserburg and continued successfully in 2020 - expanded in the Park-Kino Bad Reichenhall and Mike's Kino in Prien - with a large Maria Schell retrospective and Hubertus Meyer Burckhardt's reading (4 cinemas, 4 x sold out). More stars are waiting in the "pipeline" for the cinema events from autumn 2020.

She lives in Wasserburg am Inn and in Tenerife.
Show moreShow less