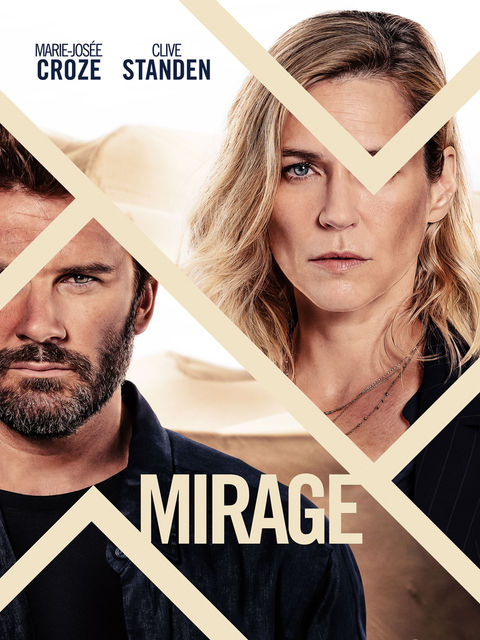 Edit
Mirage is set against the backdrop of a futuristic cityscape—on its glittering surface is a world of fabulous wealth and opportunity, but underneath hides a much more mysterious side. The series tells the enthralling story of Claire (Croze)—an expatriate starting over in Abu Dhabi with her son and husband Lukas (Jaenicke). Claire is thrust into the shadowy world of espionage after she discovers that her former husband Gabriel (Standen), who supposedly died fifteen years ago, is alive.