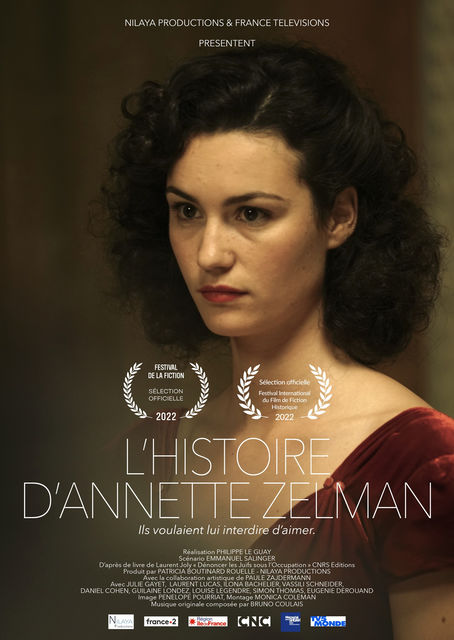 Edit
It all started like any youthful courtship, a romantic back and forth between two carefree young people which began in 1941, against the backdrop of the Second World War, just as the German occupation was starting. Annette Zelman, of Jewish parents, was one of these young lovers. Annette met Jean while a student at the Beaux-Arts. She was 20, he was only slightly older. They fell in love and fate seemed to be smiling on them. Based on a true story, these two protagonists unleashed forces that would overwhelm them, dash their hopes and turn their lives into a nightmare. A nightmare that was all too real: History burst into the lives of Annette and Jean. ‘The Story of Annette Zelman’ is a romantic drama caught up in the turmoil of the final solution.