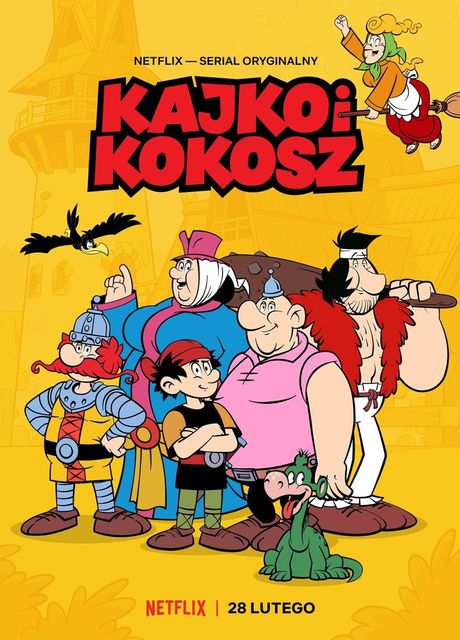 Edit
"Kajko and Kokosz" is a series based on the cult comic strip series by Janusz Christa. The main characters of the series are Slavic warriors, Kayko and Kokosh. The two friends serve Mirmił, the castellan of the town, defending the settlement against all dangers. The biggest threat is the Knaveknights – an order of robber knights. The life of the heroes changes when they find an egg from which the little dragon Miluś hatches, whose upbringing turns out to be a great adventure and a challenge. Each episode will be a separate story. This is a series in which the friendship of the main characters will be the overriding value.
[EGoFilm]
Show moreShow less