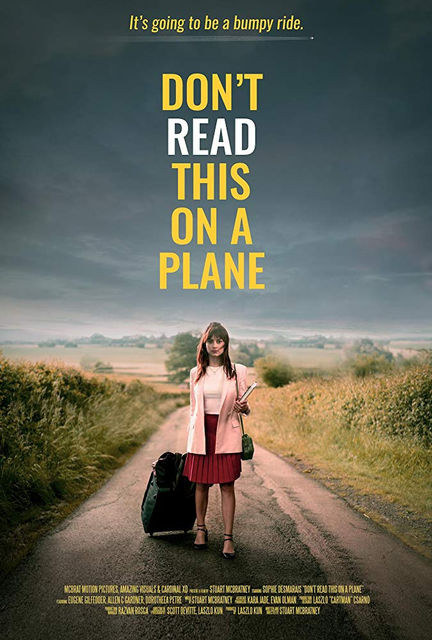 Don't Read This on a Plane

Edit
Jovana Fey (Sophie Desmarais) is a novelist. Her first two books received positive reviews, but were a commercial failure. Her third, Don’t Read This on a Plane, has just been released – an amusing, risqué chronicle of an ostensibly heterosexual woman’s dalliances with a hundred women. Jovana hopes it will bring the success she craves.​

As she attempts to check into the first hotel of her 28-day European book tour, she learns that her publisher has gone bankrupt. Penniless and stranded, she decides to continue the tour regardless, resorting to hitchhiking and couchsurfing to meet her appointments across Europe, all the while attempting to project an image of success.

Her book’s provocative premise, and Jovana’s reluctance to deny or acknowledge its autobiographical nature, result in significant reader and media interest. Publicity is also generated by airline passengers ignoring the book’s title, and subsequently being apprehended by security.

Throughout Jovana’s rough and ragged travels around Europe, she meets a wide array of characters, and has her resilience tested daily. She’s forced to question her identity and values, and what she’s willing to sacrifice in the pursuit of her dreams.