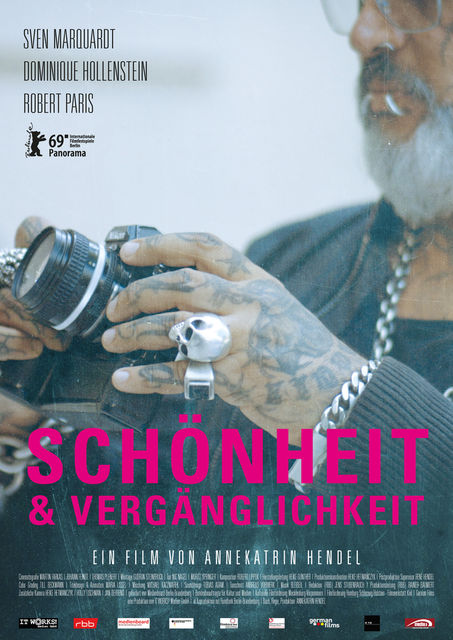 Edit
In Berlin, Sven Marquardt is legendary for working as the stone-faced gatekeeper of ultra-exclusive techno club Berghain, but there’s more to the famous bouncer than meets the eye: he also wrote a bestselling autobiography and is an accomplished photographer. Now, as Germany celebrates the 30th anniversary of the fall of the Berlin Wall, Marquardt revisits his days as a young East German punk. This glimpse of his early career also sees him reunite with his former muse, Dominique Hollenstein, to shoot a new series of portraits, and looks in on the life of his friend Robert Paris, a photographer who moved away from his art and now spends most of the year as a happy family man in India. Moving between observational scenes of Marquardt at work and highlights of his gorgeous black-and-white portrait photography, Beauty and Decay is a fascinating look at three close friends, still giving society the middle finger and ignoring preconceived notions of what it means to age. Aisha Jamal, Toronto