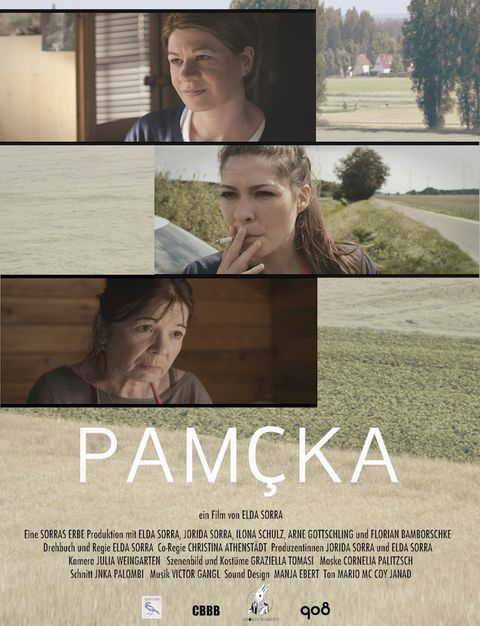 Edit
Axi, the mother's Pekingese dog has died. Marina the younger daughter, who still lives with her mother, is instructed to go and get Greta, her older sister. Greta, who tries to distance herself from her family, reluctantly follows their request and learns at lunch that the mother, while burying the dog in the garden, has made a finding, which apparently belonged to the long-dead father. Arrangements have been made to get rid of the fund and Greta, who does not want to know anything about it, finds herself in the midst of it.
"Pamçka" a whimsical tragicomedy short film portraits a fragment of an unusual mother-daughter relationship with strong, but somewhat headstrong women and a weird situational comedy.
Show moreShow less