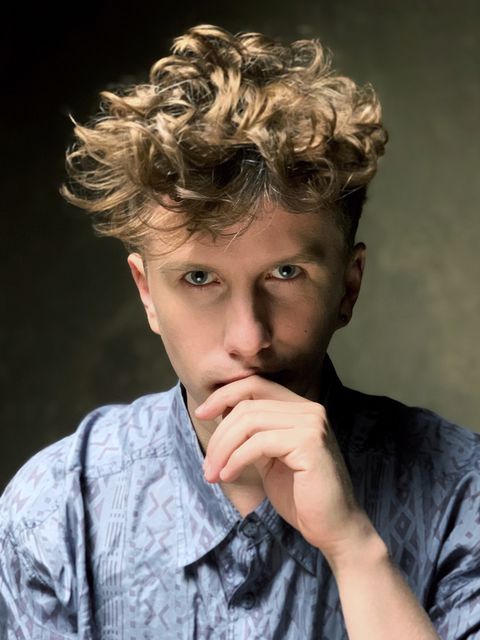 * 1989 in Halle (Saale), he played in the youth club of the Nordharzerstädtebund Theater and was a member of an improvisational theater group. After numerous stays abroad in Ecuador, Benin, South Africa, etc. he gained further experience as an assistant director of various productions of the Nordharzer Städtebündtheater. He also worked as an assistant to the casting company Berlin, while he applied for his acting studies. In 2012 he started his acting education at the Folkwang University of the Arts Essen / Bochum.
During his studies, he participated in the Folkwang Physical Theater Festival 2013, was invited to work with Extraschicht Essen and played at the LAB Festival 2014. He also participated in various film projects in cooperation with the FH Dortmund, Kunstakademie Düsseldorf and the Institut for music and media, Dusseldorf. In 2014 he participated in the theater collage "14/18 - The World on Fire" (directed by Johannes Klaus / Adolf Winkelmann), which was performed in the coking plant of the Zollverein colliery, as well as in Ramallah, Jenin and Bethlehem. In 2015 he was part of the "Grauland" ensemble, the director's diploma of Laura Natalie Junghanns. With this piece he toured in 2016 through Stuttgart, Cologne, Frankfurt Bochum, Essen and also appeared with "Grauland" in the Thalia Theater, Hamburg, at the "Körber Studio Young Director". Michael Knöfler also appeared in front of the camera for various TV productions and web productions in 2016 and has been represented by the agency Lucky Punch Berlin since 2016. Together with the Folkwang directorial graduate Laura N. Junghanns and the cinematographer Ian Siepmann Baum, he founded the film production company lostgarden in 2016.
Lostgarden realized u.a. the music videos "One Life", "OUT" and "Naked" for the GlamPop artist Matthew Wood Michael Knöfler directed several image clips, music videos and short films and directs more than 100 shoots for the Masterplan e-learning platform. com and has been supporting the content team since 2017 as Creative Director.
Since 2013 he has appeared as a part of the "Zimmer Frei!" Acting ensemble on WDR. Since 2006 he also appeared in various film and television productions.
Tout afficherRéduire