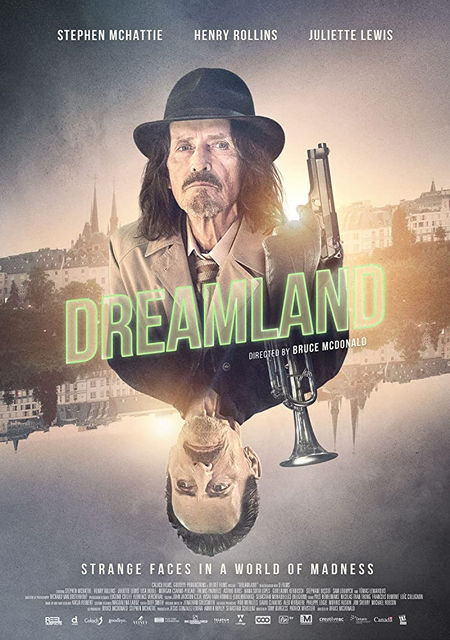 Edit
After getting slighted by a legendary jazz Trumpet Player, sadistic gang boss Hercules puts the ice-cold Johnny the Killer, his number one enforcer, on a mission of revenge. His instructions are simple: cut off the Trumpet Player’s pinkie finger before he plays a wedding reception at the lavish palace of the diabolical, childish Countess. Yet, as Johnny attempts to execute his harsh task he finds himself getting pushed into dark places and forced to confront the horrific consequences of Hercules’s evil empire. Suddenly, his conscience begins to howl. He can’t do this anymore. And as night comes on, Johnny promises himself that he will leave this world behind and seek redemption by building his own family out of the victims. Yet, before he can do this, he must descend further than he ever has into Hercules’s psychotic games and, when all else fails, try to shoot his way out of hell. A night club called Al Qaeda, an old world vampire, a junky child bride, a femme fatale with a sideline in stand-up comedy, a handful of severed fingers and a palace ballroom full of music, machine gun fire and mayhem…it’s just another night in Dreamland.