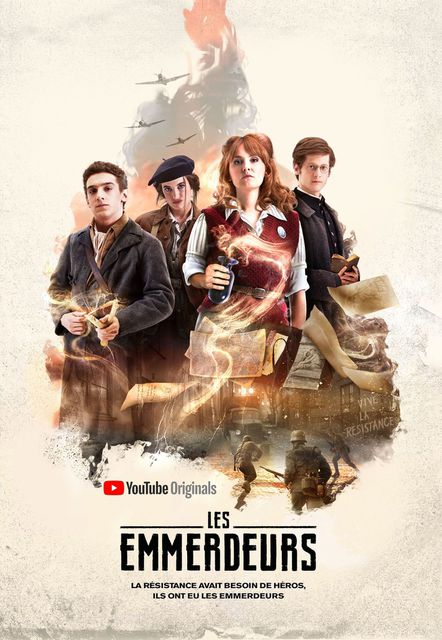 Edit
France, 1942. As they are attempting to escape from the Nazis, four teenagers unknowingly drink an elixir that boosts their mental abilities and gives them strange powers. Albert, a war hero resisting the oppressor, tries to enroll them in the French Resistance to protect them… Only they don’t want to be a part of the war! Unruly, irresponsible, annoying and cowardly, these “Troublemakers” are the worst Resistants the world has ever seen. During their adventures, the four young adults with slowly learn to accept the consequences of their powers, of their actions, and learn to work as a team.