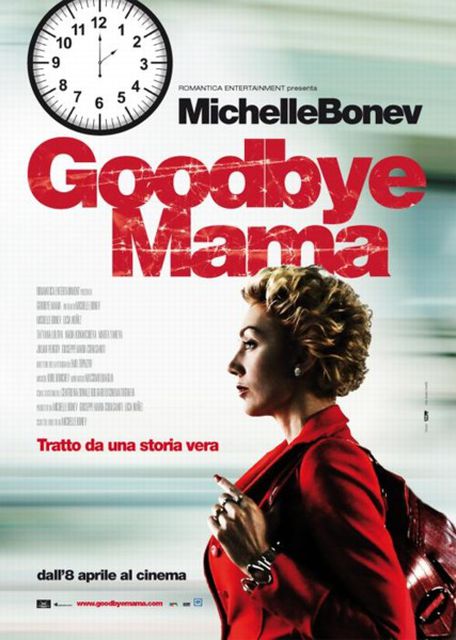 Edit
GOODBYE MAMA is an intense female family drama, that deals with the lives of four women (a mother, two daughters, a grandmother), their conflicts, social barriers, and the abandonment of the elderly.
It is a difficult story that, by entering into the heart of family relationships, where a person’s happiness or pain is determined, uncovers truths that are hard to accept, such as a mother who feels no loves for her child, or a child who decides to abandon their parent.
The story of Maria, Teodora, Jana, Elena over four decades, from the ‘60s to the present day. Set in Bulgaria, the story begins in the winter of 2005. Teodora, 19, receives a phone call from her sister Elena, 34, who asks her to go and visit their grandmother Maria, 81, who is suffering from Alzheimer’s, and has been abandoned by her daughter Jana, 56, in a state nursing home. When Teodora arrives at the home, she is horrified at how the old people are treated.
Checking on the internet, she discovers that her grandmother has been admitted to an institute with one of the highest mortality rates in the country. To Teodora and Elena it is clear from the outset that their mother Jana wants to get the old woman out of the way so she can take possession of her house.
The granddaughters set out to rescue the old woman. After various legal battles, Elena and Teodora manage to get custody of their grandmother Maria, they transfer her to a private nursing home in Sofia, and thus save her life. To understand the four characters’ motives the film goes back in time to investigate their lives.
With Jana we start in the ‘60s, when her dreams are shattered and she breaks with her family. Barred from the Bulgarian national volleyball team for misconduct, kicked out of her home by her adoptive father, deeply hurt by the indifference of her mother who does not utter a single word in her defence, Jana’s heart hardens and she becomes a wicked, unscrupulous woman.
With Elena, instead, we start in the last years of the Communist regime, when the Berlin Wall still divided Europe geographically and mentally. Tormented by her mother, the bane of her life, abandoned by her beloved father, at the age of just 17 she will attempt suicide. She will leave Bulgaria to go to Italy, taking with her only her profound love for her little sister of 4. The money she manages to save is sent to her mother, so that she can spare Teodora what she suffered as a girl.
Despite Elena’s sacrifices, Teodora will still not be immune to her mother’s rages.
The love that unites the two girls will give them the strength to defeat the ghosts of the past and open their hearts to the dreams and hopes of a new life.