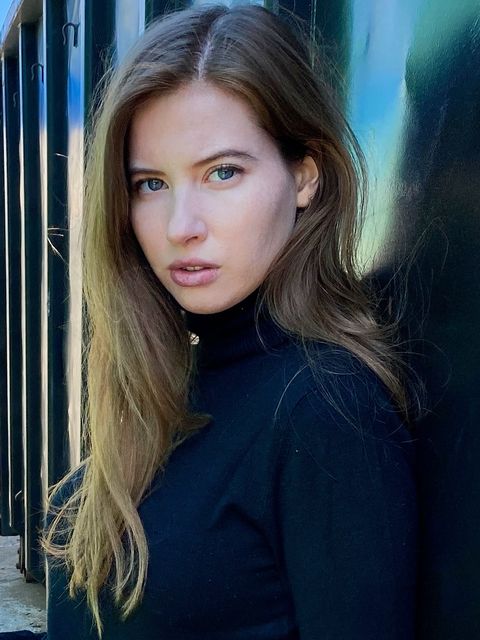 Laoise Lenders is German and British, but her first name, like her grandparents, is Irish. Pronouncing her name is not a difficult challenge for the locals. In Germany, however, it is helpful to note the correct phonetic pronunciation - "L i s c h a". Laoise is always humoured when people pause at her written name, frown and try to make sense of it.
In the fourth grade Laoise appeared on stage for the first time having the lead role as the mouse in the English play “The Gruffalo”. In retrospect it is very likely that as the only English-speaking child in the class, this was the reason she got the lead role in the first place. Laoise would be lying if she said, that the applause wasn't one of her favourite moments, but aside from that, she also discovered a more open and extroverted side of herself through the embodiment of another person – or in this case, a mouse.
In 2014 she played in several theatre productions at “Düsseldorf Schauspielhaus” and was able to “free herself” as an actor at the age of 16. Her first film "Das Tagebuch", directed by Jan Herdin, followed in 2017. During this first film experience she realized that realistic acting, which is so often portrayed in film, interested her even more than the stage.
Show moreShow less