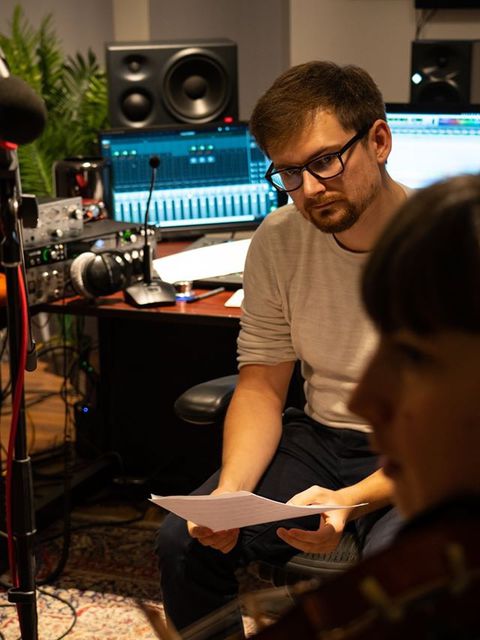 Born in Poland in 1988, Bartosz Bludau grew up bilingual due to his German-Polish background and began playing the piano at the age of eight. After graduating from high school in 2008, he studied film composition and music production with the tutors Nikolaus Neuser and Stefan Lienenkämper in Berlin. There he is pursuing a career in composition for film, tv and video games.

As a screenwriter, director and composer, he produced the award-winning short film “Luft und Liebe” as well as the short film “FÜR” and participated in the master classes for film composition in Kraków and Cologne. His contest composition for the short film “OMA” earned him a nomination for the WDR Filmscore Award at the Soundtrack_Cologne12 Festival. In 2017 he composed the film score for Tor Iben's psycho-thriller “The Year I Lost My Mind”.