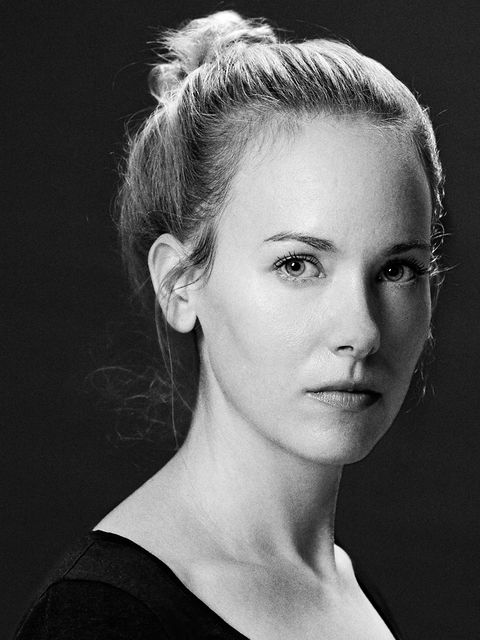 I was born and raised in Gullestrup, a very small vilage outside of Herning in the Danish countryside.

I´ve always enjoyed traveling, my family was passionate skiers at our annual skiing holidays in Austria, however I spend most of my summer holidays in a hunting lodge in the forest in the small island Langeland in Southern Denmark. Here I enjoyed fishing for eels from my family's wooden rowboat and building little snail castles in the forest.

At the age of 15 I attended a Language school in Bournemouth, UK, it was my first time out on my own, and I fell madly in love with a Hungarian guy called Adam, who sadly never returned my feelings.

At the age of 18, I went to Melbourne, Australia, to attend year 12 at Lauriston Girls School - and to meet Kangaroos.

After finishing High School, I went back to Melbourne to study at Melbourne Acting School, it was here I 'discovered' the Meisner-technique, a technique I have worked with ever since.

In Australia I also had my first Scuba Dive experience. I started at the top by taking my license at The Great Barrier Reef. Since then I have been a passionate diver, I have dived all over Asia, in Africa and also in Denmark, which I wouldn't recommend anyone unless they really like swimming in cold water with ridiculously low visibility. At this point I have achieved the level of Advanced, Rescue Diver.

Returning from Melbourne, I moved to Copenhagen, but after a few years, I was longing for another adventure and went to Hong Kong to study Drama and Film at Chinese University of Hong Kong. I experienced a typhoon, learned to appreciate elevators and saw most of Asia as well as learning a great deal about myself and my craft.

I finished my courses in Hong Kong, returned to Copenhagen and started taking classes at the Meisner School, Ophelia in Copenhagen. Later on I moved to Berlin, where I attended classes at Actor Space Berlin, fell in love with the city's relaxed lifestyle and learned to speak fluent German.

At the moment I´m working all over Europe, I still enjoys skiing, diving and all other kind of water sports (it doesn't really matter if the water is frozen or not).

If I were no longer able to pursue acting, I would consider working in a nursing home for wounded hedgehogs, because I feel bad about how many hedgehogs my dog has accidentally hurt throughout the years.
Show moreShow less