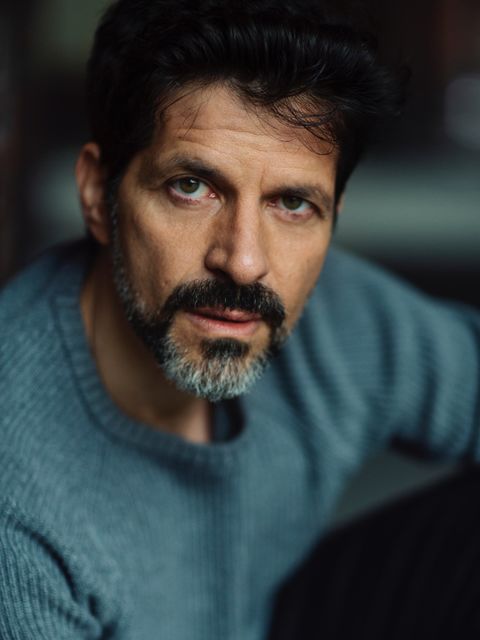 Pasquale Aleardi was born in 1971 in Switzerland.
After graduating high school he studied at the Zurich University of the Arts between 1992 and 1995. During that time he was cast for his first lead in the feature film "JAZZ" (1993, directed by Daniel Helfer).
Since 1995 Pasquale Aleardi has been performing in numerous plays, e.g. the award winning production of "The American Clock" by Arthur Miller (Best Play NRW 1996 at the Berliner Theatertreffen) before starting to focus on portraying multifaceted characters in feature films.

The thriller NACHTS IM PARK (2002, directed by Uwe Janson) was his first lead in a German feature film. He started to gain international recognition after being cast opposite Milla Jovovich in RESIDENT EVIL (2002, directed by Paul W.S.Anderson). In Europe he is well-known for TV movies like SCHICKSALSJAHRE (ZDF 2011, directed by Miguel Alexandre) for which he was nominated as Best Actor at the Monte Carlo Film Festival as well as for his numerous roles in German box office hits such as WHERE IS FRED?! (2006, directed by Anno Saul), RABBIT WITHOUT EARS (2007, directed by Til Schweiger), WHAT A MAN (2011, directed by Matthias Schweighöfer), MEN IN THE CITY 2 (2011, directed by Simon Verhoeven) or HONIG IM KOPF (2014, directed by Til Schweiger). Since 2014 he also investigates in the role of Detective Dupin in his own TV Mini Series KOMMISSAR DUPIN for ARD which is an adaption of the German bestseller novels about Detective Dupin.

One of his personal highlights has been his Broadway debut in November 2014: As European guest star Pasquale Aleardi performed as Billy Flinn in "Chicago" at the Ambassador-Theatre in New York.

Pasquale Aleardi just finished shooting for the feature film "GOTTHARD"(2016,directed by Urs Egger). It has been one of the most expensive and historically complex TV movies ever produced in Switzerland. It features Pasquale Aleardi as an Italian miner who revolts against the inhumane labor conditions during the construction of the famous "Gotthard-Tunnel" towards the end of the 19th century.

For his portrayal in Urs Egger's great historical TV-show "Gotthard", Pasquale Aleardi receives the Swiss-TV-Award 2017 as best actor in a leading role.

Pasquale Aleardi showcases his versatility in more than 70 national and international TV and feature film productions of different genres. He lives in Berlin and is fluent in five languages. Apart from acting, music is his big passion. With his band "PASQUALE ALEARDI & THE BIG GEE" he released his German Popfunk album "RETROLOGIE" in 2010, followed by a live album "RETROLOGIE UNPLUGGED -LIVE IN DER BAR JEDER VERNUNFT" in 2014.
Show moreShow less