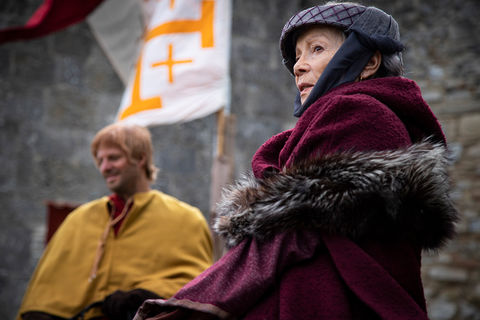 Edit
Known to children and adults across the globe, Richard the Lionheart is one of historyâ€˜s great mythical figures. A legend in his own lifetime, he enjoyed a reputation that he cleverly fuelled himself. His story is intertwined with that of King Arthur, whose sword Excalibur he wore. Even restrained, matter-of-fact chronicles tell of a heroic life that began 850 years ago and ended tragically, when the king, in the prime of his life, wore the wrong clothes at the wrong time in the wrong place.
Quelle: http://www.interspot.at
Show moreShow less