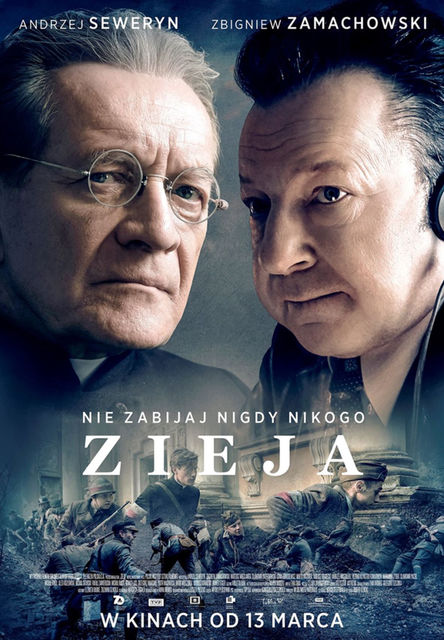 Edit
The 70s. A Security Service Major wishes to “buy” gullible priest Zieja and turn him into an agent who will discredit the opposition. The priest’s interrogations become a pretext for a journey through the history of Poland: from the Bolshevik war of 1920, through
World War II, up to modern times. It turns out that the seemingly naive Father Zieja is actually a clever rebel. A lonely journey without a passport to Rome in the 1930s turned into thoughts of a European Union. Performing the Catholic funeral rites of a woman who committed suicide was an protest against the church’s rules. Proclaiming the slogan “never kill anyone, not even your enemies” during the World War II, was against patriotic mythologies and foretold future pacifist attitudes.
Show moreShow less