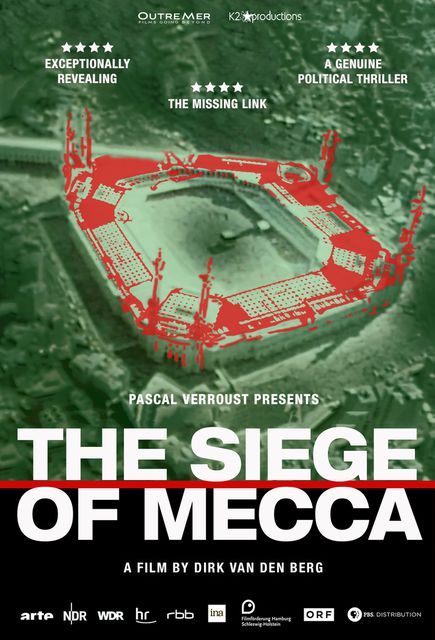 The Siege of Mecca

Edit
On November 20th 1979, at 05:30 in the morning, hundreds of heavily armed men take over the Grand Mosque of Mecca and transform the holiest shrine of Islam into a fortress.
The ensuing 15 days of occupation, siege and battle would cost hundreds if not thousands of lives, shake Saudi Arabia to its foundations, push the global balance of power to the brink of collapse, and mark the beginning of religiously motivated terrorism.
And they have been kept under a veil of almost complete secrecy until today. Director Dirk van den Berg and his international team obtained exclusive access to first hand accounts and never-before-seen private archives from Arab, French and American military, intelligence and civilian sources. Eyewitness protagonists from all sides narrate the harrowing days of November 1979.

THE SIEGE OF MECCA for the first time reveals the intricate links between the one of the most harrowing events of recent history and the birth of the violent strain of militant Islamism that ever since holds the world firmly in its grip.
Produced by Pascal Verroust (K2 Productions, Paris) and Dirk van den Berg (OutreMer Film, Berlin), and supported by multiple European broadcasters and institutions, this political thriller documentary sheds light on an event that since 1979 continues to send its ripples through history.
Show moreShow less