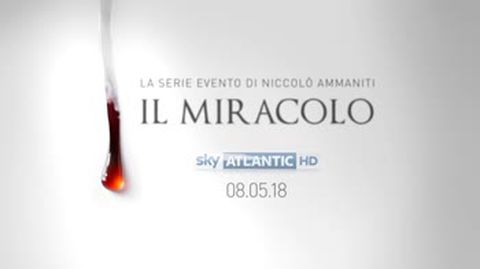 Edit
The young Prime Minister Fabrizio Pietromarchi, an upright politician, progressive, atheist, is facing the most delicate moment of his political career, while his wife, the explosive and indomitable Sole, is threatening to leave him.
Father Marcello, an outer city priest, after years of devout faith and missions in Africa, has become prey to irrepressible drives: gambling, sex and pornography destroy his soul. He is looking for a sign from God to defeat the devil. General Votta, a solitary man, a guardian of security, an enemy of anything that may disturb the established order, is suffering from a troublesome form of sinusitis. Sandra is a haematologist who for years has been treating a mother who has reached a vegetative state, sacrificing every other aspect of her life for her, even her love for Amanda. She would do anything to restore her to life. These are the first four people to come into contact with the incredible relic found in the hideout of the mob boss Molocco: a statuette of the Madonna that ceaselessly weeps blood. They’re the ones who take on all responsibility for the find. An abandoned army swimming pool is the place chosen to shelter this apparently inexplicable mystery; one capable of destabilizing a country already hanging on a delicate balance. The intellect, reasoning, the national interest, faith or science are the paths taken to find an answer to the incomprehensible phenomenon. But the search for answers only multiplies the questions to pose. Anyone who attempts to understand, handle or contrast the Madonna ends up in a chasm of events that will change their lives irreversibly, keeping intact the unfathomable power of the miracle.(http://www.wildside.it/en/tv_series/the-miracle/)
Show moreShow less