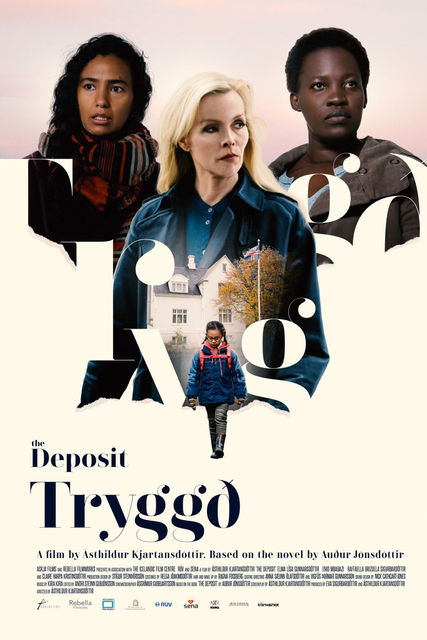 Edit
When Gisella becomes bankrupt, all she is left with is her lavish Reykjavik house that she inherited from her grandmother. Desperate for cash, she decides to let out two spare bedrooms in her home. Zulola, a Muslim woman from Uzbekistan who came to Iceland after being shunned by her family moves in. Abeba, an illegal immigrant from Eritrea, and her six-year- old daughter Luna take the second room.

Gisella sets the new tenants strict house rules and demands a deposit of three months rent up front, which the desperate women reluctantly agree to. An arrangement that begins well, soon develops into
Gisella’s worst nightmare, as she becomes increasingly threatened by the foreign influences that the women bring into her traditional home.

Gisella’s paranoia and control issues lead her to loose her sanity and her morals as she struggles to hold onto her house.
(http://rebellafilmworks.is/deposit/)
Show moreShow less