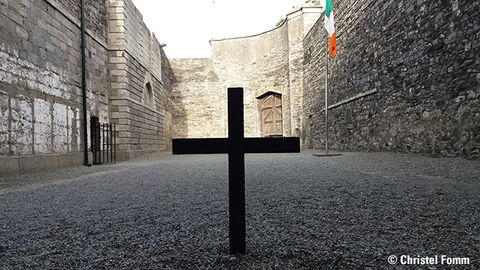 The Bloody Border - A History of Ireland (WT)

Documentary | 2019-2020 | arte, ZDF [de]
The project "The Bloody Border - A History of Ireland" has been editorially approved, but continues to be regularly reviewed, updated and supported through to release by our editors. Please inform us of missing, false or outdated data.

Edit
In front of breathtaking landscapes, the film tells the painful story of the Irish people, who for centuries tried to free themselves from the colonial grip of the British. They are stories of poverty and violence, of despair and an unbroken courage to face life. They are the stories of people who became enemies during the street fighting in Northern Ireland. They tell of their injuries, their humiliations in a country torn apart by violence. And the viewer learns about the first, cautious approaches, about reconciliation and a longing for peace.

The film makes it clear how this border in Ireland became the linchpin of Irish history. And how dangerous it is to touch this border again today. Old wounds would open and the people of Northern Ireland fear for their hard-won peace. (http://gruppe5film.de/en/produktionen/the-bloody-border)
Show moreShow less