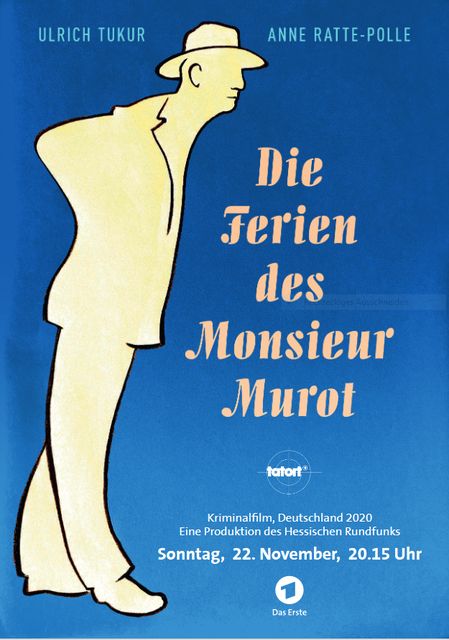 Edit
No sooner has Felix Murot arrived on vacation and is enjoying a glass of wine in the garden of the local restaurant than the irritable waitress slams a knuckle on his table that he has not ordered. She mistakes him for Walter Boenfeld, a married second-hand car dealer, who is sitting at the other end of the restaurant garden waiting in vain for his meal.

Murot sets off in search of the actual owner of the knuckle of pork and thus gets to know Walter, who resembles him like an egg. Inspired by this curious encounter, the two different gentlemen spend the evening together, drink too much and talk about life during a sauna session. When Murot wakes up the next day hungover on Walter's Hollywood swing - and thanks to a drunken swap in the clothes of his doppelganger - the inspector has to find out that Walter was driven to his death on the country road that night.

Was it his wife Monika, whom Walter had still claimed last night that she wanted to kill him? So Murot decides to leave his everyday life as an inspector behind temporarily, to dive into the life of his twin and go undercover. In the process, Murot falls more and more in love with the idea of leaving his old life behind. But Magda Wächter does not let her boss get away that easily. (PRESS/HR)
Show moreShow less