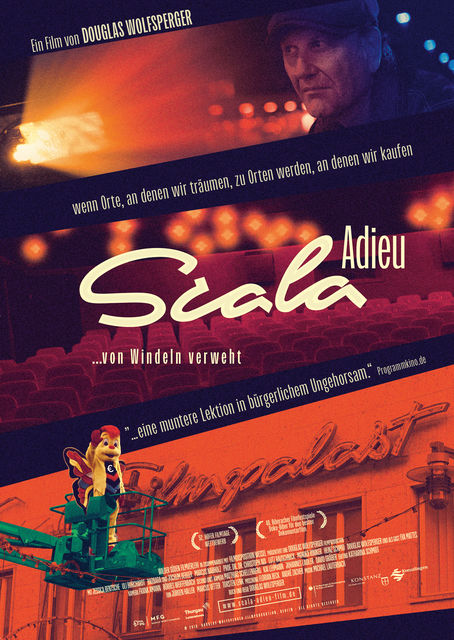 A city, a cinema and a farewell will.
In Konstanz on Lake Constance, the fifth urban branch of Europe's largest drugstore chain opened in 2017: even more diapers, even more toothpaste for local residents and consumer tourists from neighboring Switzerland. Until 2016, the premises were reserved for film culture, because this is where the "Scala Filmpalast" resided. When Douglas Wolfsperger visits the magical place of his own cinema socialization, the civil protest against the imminent closure is still in full swing. The filmmaker witnesses the dying up of a dying cinematic cinema, talks to fervent film enthusiasts and sober city administrators about shrinkage and expansion, lust and trade gains, opaque interests and favorable business conditions. Inner cities and cultural concepts are transformed - in Konstanz and elsewhere. But who determines in what and for whom?
Show moreShow less