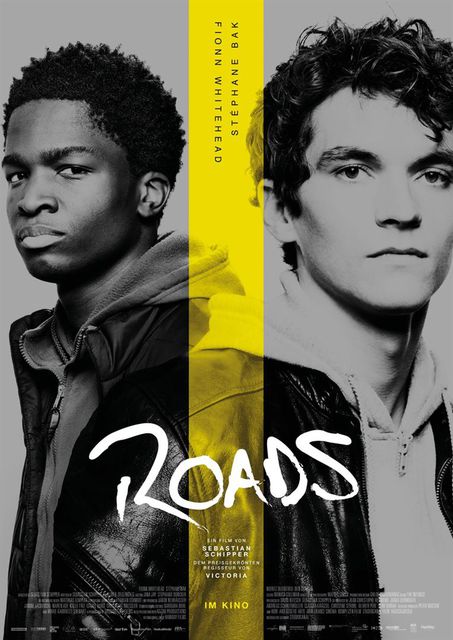 Edit
Bursting with energy, Sebastian Schipper’s follow-up to the much admired VICTORIA is a ride along the open road with two boys from different worlds, from the shores of Morocco to the camps of Calais.
ROADS follows William (Bak), a young man from the Congo, as he attempts to break through Europe’s borders in search of his brother. By chance he teams up with Gyllen (Whitehead), a wild and sharp-witted British runaway who has fled his family’s Moroccan holiday in his stepfather’s campervan.
Their trip across Europe is an unpredictable and thrilling ride fuelled by the unstoppable momentum, chaos and humour only a pair of teenagers living on the edge can ignite.
In cementing a brotherly bond, Gyllen and William learn that to truly depend on each other is the most important gift of all.