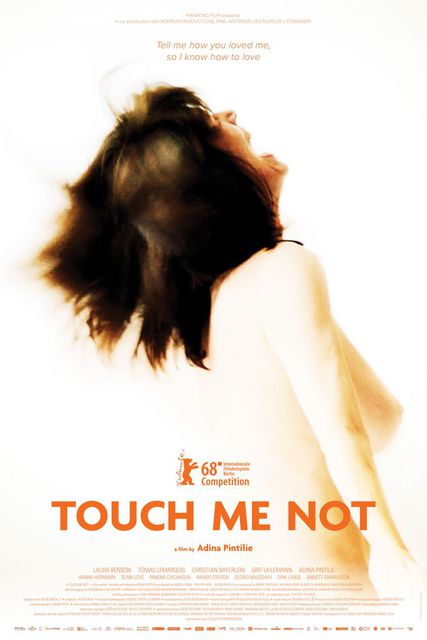 Edit
Laura works for years in the same mannequin factory. She peeps at other people’s intimate life, while hers doesn’t seem to function. She pays to be touched, hiring young boys to create an illusion of intimacy. Tudor is an actor who earns his living as a masseur. He wants a woman who rejects his attempts at making contact. He stalks her, finding a compensatory way to touch her through objects, places she’s touched. Paul is an actor too, caught in a dysfunctional relationship.
In the background, a “miracle” story develops, first as a TV news piece, that gradually enters the characters’ lives: in the outskirts, a simple uneducated man discovers he has a “gift”- when he touches people, he cures them, removing any illness. The Suburban Saint phenomenon grows, between irony and worship. As when he touches he gives a lot, the Saint starts losing more and more weight, until he falls ill. Street fights begin in the long lines of people waiting to be cured in front of his building, all desperate to get to him before he dies.
Laura witnesses an interactive show performed by Paul and Tudor. Fascinated by them, she keeps coming back at the performance. She gradually becomes a silent witness of their lives, their solitary longing deeply resonating with her own. In this mirroring process, the walls Laura so skilfully built around her slowly collapse under the flow of her repressed feelings.
Finally, Laura finds herself in the long line of people in front of the Suburban Saint’s flat. When she finally enters, she finds an exhausted and sick man. As he is about to touch her, blood pours from his nose and he collapses. Laura helps him up, cleans his face. Unable to move or speak, he surrenders to her caring hands. In the end he falls asleep. Laura stays there watching over him. (http://bit.ly/20uvBaV)
Show moreShow less