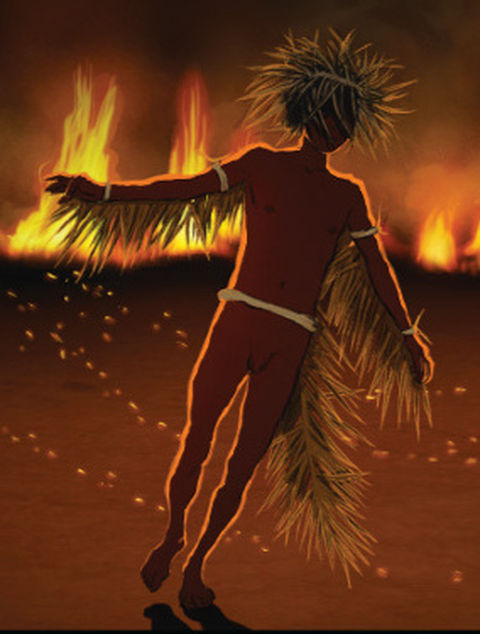 
The film begins in 1905, when the young German Curt Unkel, 22 years-old, comes to Brazil and starts living among the Guarani people, at São Paulo´s countryside, and is baptized as Nimuendajú - the one who knew how to make his own way and found his place in this world.

Since then, he starts to live among another Indian people, and with them he crosses regions very hard to reach, exposes himself to risks, to sickness and to a lack of money. Everything he lived and observed at the communities was precisely registered and organized. Curt believed that the Indians found themselves among a process of loss of their original culture, erasing their own identities, when not physically threaded - “I wanted most of all to keep safe the human material.”

The urgency to absorb their knowledge and way of living motivated him to work very hard. He traveled the whole area of Brazil, registering tongues, stories, costumes, and photographing and collecting objects. He became an autodidact at ethnology, archaeology and linguistics. In the end, he left an incomparable legacy of information.

From the living with the communities friendships were born, just as marriages, and relations that caused a lot of noise and tension, especially with the neighbors interested at the Indian´s land. Curt was beaten by gangsters, besides being arrested and blemished, but he behaved as an old and good “hard to get”. Curt Nimuendajú became a living legend.
http://www.anaya.com.br/en/nimuendaju.htm
Show moreShow less