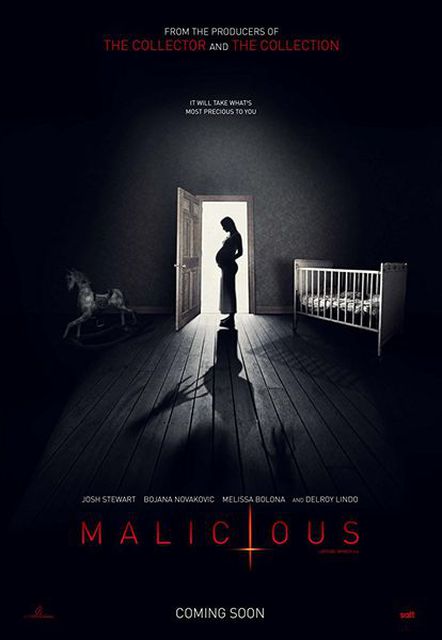 Edit
A young college professor Adam (Josh Stewart), and his pregnant wife Lisa (Bojana Novakovic) nd and open an antique box when moving into their new home. After an unexpected tragedy befalls them Lisa starts being plagued by visions and hauntings that convince her there is something evil in the house. Adam, though sympathetic is convinced she must be having a nervous breakdown. It is only when Adam calls upon Dr Clark (Delroy Lindo) a professor of parapsychology at the university that the true horror of what they have let out becomes clear. The opening of the box has unleashed a malevolent entity that will stop at nothing until it satisfies its murderous intentions.
(http://amp-film.com/screeners/malicious.html)
Show moreShow less