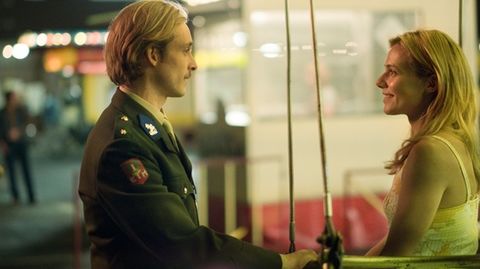 Limited series | Episodes 1-8 | 2020-2022 | Avrotros [nl] | Drama | Netherlands
The project "Legacy" has been editorially approved, but continues to be regularly reviewed, updated and supported through to release by our editors. Please inform us of missing, false or outdated data.

Edit
Legacy tells the story of Alexander Münninghoff (Matthijs van de Sande Bakhuyzen) who fell in love with the self-assured, free-spirited Ellen (Sallie Harmsen) in the late 1960s. When, after a beautiful night of love, he confesses that his father, Frans Münninghoff (Robert de Hoog, as a young Frans, Marcel Hensema as an old Frans), was an SS man during the war, Ellen reacts dismissively. Her family suffered greatly from the war. She disappears from his life … only to reappear in it a good month later. She is pregnant. The twenties want to keep the child and decide to get married. But then on the condition that Alexander deals with his dark family past. Alexander finds out that he knows very little about his parents and grandfather (Gijs Scholten van Aschat).
[Column Film]
Show moreShow less