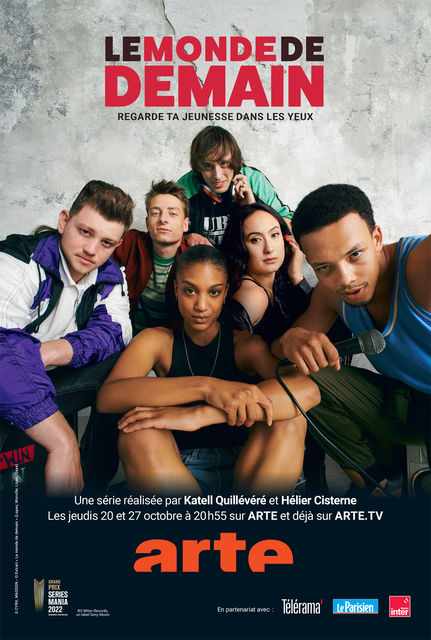 Edit
Through the destiny of the young Kool Shen, JoeyStarr and DJ S, future leaders of the French group NTM, of Dee Nasty, a DJ who pioneered Hip-Hop and rap in France, of Béatrice, a young rebellious woman who isn’t afraid of anything, and Lady V, a teenage dancer and graffiti artist, Le Monde de demain invites us to explore the birth of the French Hip-Hop mouvement in the 80’s. A joyful, rebellious and explosive saga, depicting how the French youth created a from of free expression. Directed by Katell Quillévéré and Hélier Cisterne, a musical series about the beginnings of a cultural revolution.