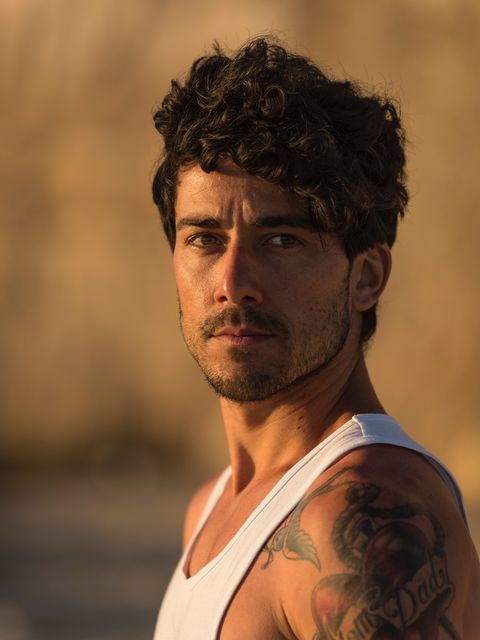 John-Paul Pace was born and raised in Western Sydney, New South Wales, Australia, to Maltese immigrant parents, who migrated to Australia in their teens. His parents are Joseph Pace, and Gemma Pace (Pulo). His father owned various small businesses whilst John-Paul was growing up, and his mother was always a faithful helper by his father's side, in every business venture.

John-Paul was a dedicated and hardworking student, excelling in academics, art, and sports in both Primary school and High school. He attended the highly popular Westfield Sports High, and from the ages of 16-18 he was the school's top distance runner in his age group, and the top runner in the Sydney South West Region at 17 (An area comprising about 10 High schools). By the age of 18, after two strong years of distance running, John began training for Olympic marathon, but his dreams were cut short, only a few months into training, by an ulceration flare up in his bowel, which was initially diagnosed as a low form of Crohns Disease. Although reeling more so from having to abandon his Olympic dreams than from being ill, he would go on to complete grade 12 and score high marks in his final exams, coming out with a University Index Score (UAI) of 93.8. Many University options were open, and many were contemplated. He was even accepted into the prestigious Sydney University to study Sports Medicine.

Eventually John-Paul would end up opting out of studying at Sydney Uni, and a potential future in Sports Medicine, to pursue a career in acting instead. Oops. No regrets though. He hopped into competitive acting schools-- The National Institute of Dramatic Art (NIDA) and Screenwise. Within six months of signing with an agent, John-Paul booked three commercials and a co-starring role on HBO'S "The Pacific." Such successes led to the beginning of John-Paul's world travels, starting off by studying at HB Studios and Suzanne Shepherd in Manhattan, and growing as a human being under the tutelage of the city that never sleeps. The last 10 years has seen John-Paul have the privilege of living, working, and growing in not only New York, but other cities as well, such as Vancouver, BC; Stockholm, Sweden; Copenhagen, Denmark; Valetta, Malta, and Los Angeles, California.

Recent credits include a supporting role on the US Feature, 'Paul, Apostle of Christ', which stars Jim Caviezel and James Faulkner in the title roles, and which had a world wide theatrical release in March, 2018. A Co-Star on the UK ITV series, 'Girlfriends', opposite Miranda Richardson, which aired in January, 2018. As well as a Guest Role on the new Aussie Drama, The Commons, which was released on STAN, December 2019, starring Downton Abbey's Joanne Froggatt.

He has also recently launched the 'DATING, STEADY, Go' Podcast, under which he runs 'The What Women Want' and "The What Men Want' Series, in which he interviews a different lady or guy every episode, asking them the deeper questions about love, romance, dating and relationships. This podcast can be found on Youtube, Apple Podcasts, Spotify, and Stitcher.

He has a passion for story telling, travel, history, nature, different cultures and connecting on a deeper level with people, as well as living a maximized life in which fear is faced, and one is truly living the life they love.

"I want to inspire, motivate, and encourage people to do their best, to take risks, to face fears, to love, to forgive, to find wholeness, to help others, to make the most of life. I want to move people and touch their hearts, make them stop and think. In the journey of discovering and accepting my true identity and calling, I hope I can help others discover and accept theirs, or at least instigate some movement towards that."
Show moreShow less