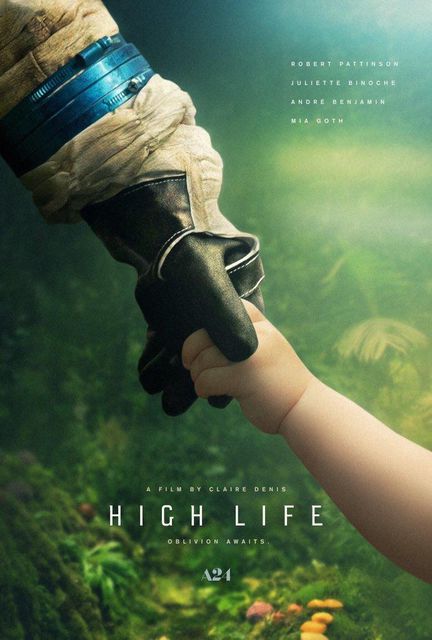 Edit
Deep space. Beyond our solar system. Monte and his infant daughter Willow live together aboard a spacecraft, in complete isolation. A solitary man, whose strict self-discipline is a protection against desire – his own and that of others - Monte fathered the girl against his will. His sperm was used to inseminate Boyse, the young woman who gave birth to her. They were members of a crew of prisoners: space convicts, death row inmates. Guinea pigs sent on a mission to the black hole closest to Earth. Now only Monte and Willow remain. And Monte is changed. Through his daughter, for the first time, he experiences the birth of an all-powerful love. Willow grows, becoming a young girl, then a young woman. Together, alone, father and daughter approach their destination – the black hole in which all time and space cease to exist.
(http://www.wildbunch.biz/movie/high-life/)
Show moreShow less