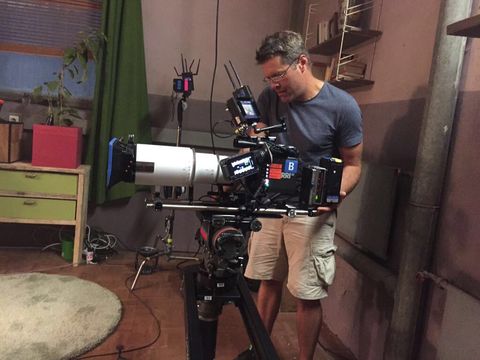 I was born 1972 in Teresopolis /Brasil.
Two years later my family and me moved to Bavaria.

After graduating college, I started to work as as Set runner at Bavaria film studios, Munich. At that time I discovered my love for the moving image and knew that I wanted to join the camera department. I then started as a trainee and later became camera technician at FGV Rental.

In 1993 I started my career as a 2nd AC, three years later I became 1st AC and worked the wheel for almost 23 years.

I have been part off hundreds of commercials, various cinema features and tv dramas until I finally got more and more into operating, which today is my true passion.

The amount of international work experience I have gained while working with so many talented DOP's from all over the world, has hugely impacted and contributed to my versatile skills as an operator.
Show moreShow less