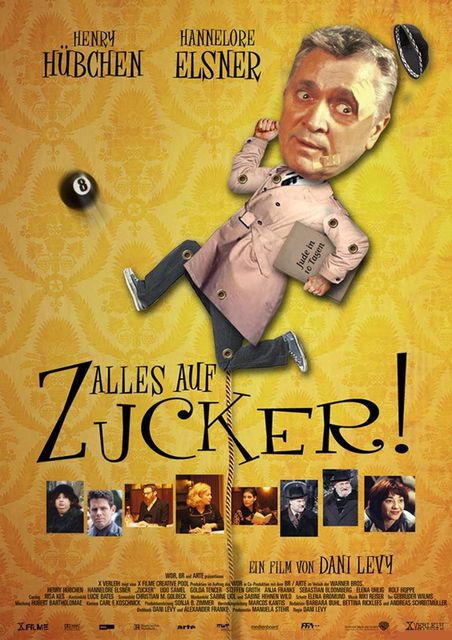 Edit
Jaeckie Zucker is up to his ears in debt, again. This time it’s worse than usual for the roguish, wisecracking, hard-drinking Berlin pool shark formerly known as Jakob Zuckermann. Jaeckie happily left everything Jewish behind him decades ago, when his mother and brother fled to the West just before the Berlin Wall was built. When word comes that his mother has died and left him a sizeable inheritance, it's a stroke of luck. But there.s a catch: Jaeckie must first reconcile with his long-estranged brother Samuel, who has become an Orthodox Jew in Frankfurt and is arriving, family in tow, for a traditional funeral and shiva at Jaeckie's house. The madcap adventure that follows finds Jaeckie and his equally irreligious wife desperately trying to ‘pass’ as observant, while Jaeckie attempts to ditch the family so he can play in a high-stakes pool tournament.”