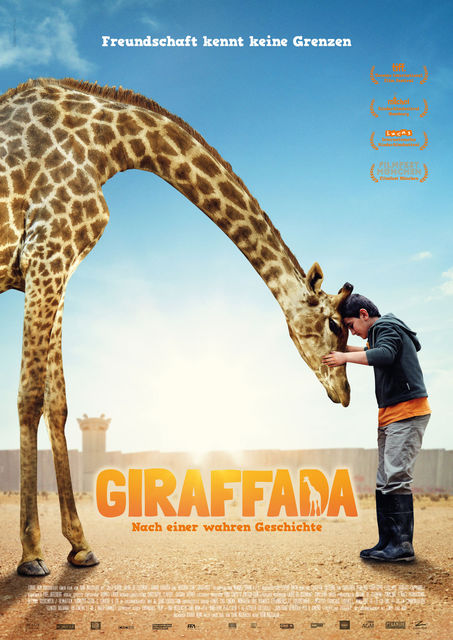 Edit
Ten-year old Ziad (Ahmad Bayatra) is so smitten with the two giraffes in the Qalqilya Zoo that he can communicate with them. His father, Yacine (Saleh Bakri), a young widower and the local veterinarian, understands that the zoo, the only one in the occupied West Bank, is a precious haven for children to play and learn. He fights every day with the corrupt local Palestinian authorities to protect the park and secure a modicum of care for the animals.
During an Israeli airstrike, a male giraffe is killed. His female partner is so distraught that she stops eating, until her survival is at risk. There is only one place where Yacine can find another male giraffe to remedy the situation — Ramat Gan safari park in Israel.
The conceit that a garden where animals are kept behind bars should become a place for children to escape the harsh realities of existence behind the Separation Wall illustrates — marvellously and wittily — the absurdity of life under occupation. Inspired by a real story, and featuring a masterful, exact performance by the stellar Bakri, with remarkable support from Mohamad Bakri and Roschdy Zem, Giraffada infuses heartfelt drama with caustic irony (http://tiff.net/filmsandschedules/festival/2013/giraffada)
Show moreShow less