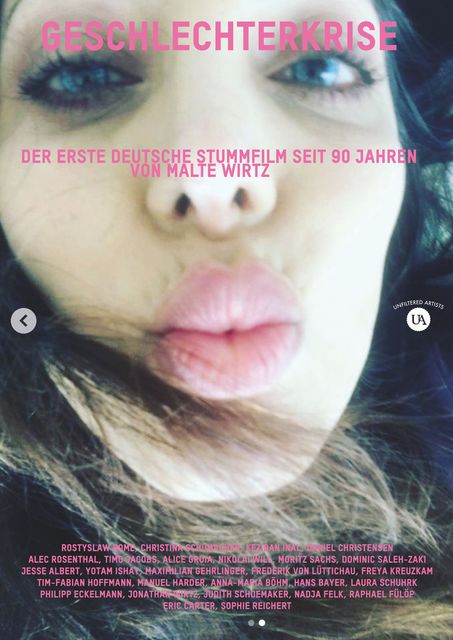 Edit
Samson and Delilah. An old story about the crisis of the sexes - retold.

There is a strong man living in the city. He's fast, handsome, and in demand. Everyone wants to be close to him. But in a rash moment, he tells a little too much. For his power lies in his hair, which must not be cut. Suddenly, something is happening in the city. People seem to have deciphered his secret and are now hunting him down.

One night while he is leaning against a tree, exhausted, a couple comes and puts him to sleep and cuts his hair. The woman, her name is De, grabs the hair, eats it and now his power awakens in her.

One sunny afternoon on a bridge she meets two mimes who tell her fortune. She will gain much happiness but also commit crimes. The woman faints and wakes up a little later.

Her newfound power opens up unknown possibilities for her. Her powers of seduction are irresistible, but her lust for murder has also awakened. After enjoying her power to the fullest, a bedraggled woman sits down close to her. A little later it turns out that she has it in for her hair, but by then it's too late.

Once again, the tide turns. Lilah, as the power's new owner is called, now has all doors open to her. She has taken over the magical hair.

But is her time at the top about already counted...
Show moreShow less