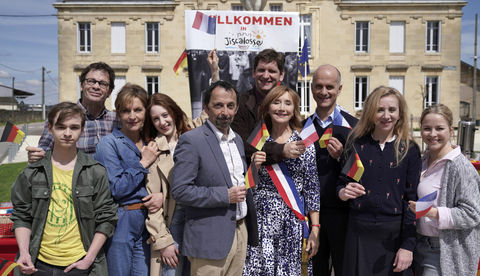 Edit
Deutsch-Les-Landes is the story of Jiscalosse, an idyllic village in “Les Landes” region. The village is at the brink of financial ruin, and Mayor Martine (Marie-Anne Chazel) really needs money to save it. In an attempt to avoid bankruptcy, Martine decides to sell a whole section of her town to Gerhard Jäger, the eccentric Bavarian CEO of an automotive design company who has fallen in love with “Les Landes” region. Jäger then decides to move his entire company and all his employees to Jiscalosse and cultures clash in a mix of drama and comedy.