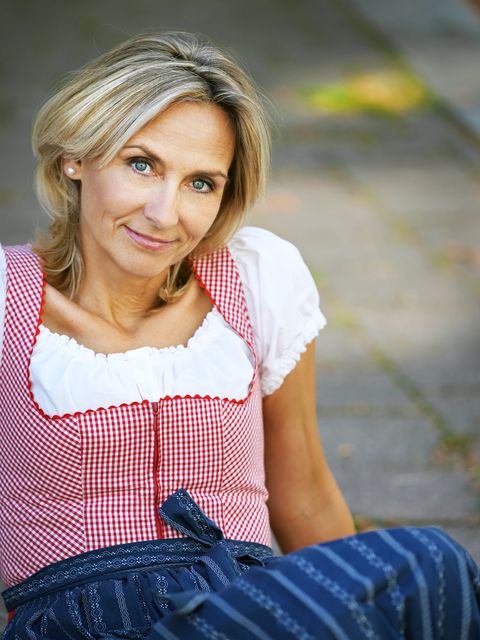 "I'm talking my mouth very fluffy“ That's what my Berlin grandmother used to say. I never found the lint, but for me the most important thing in the evening was to lie in the cozy bed, to hear the warm soothing voice, and to dream myself into the stories it was telling.
Later I literally devoured the fairy tales and sagas, and I was also a big fan of the EUROPA radio play records. Often I would sit in my room for days and listen to the stories up and down until I could join in and play along with everything. In my head cinema I saw everything very graphically, including choreographies and the staging of entire pieces. So in fourth grade I quickly took over the direction of our final piece Sleeping Beauty, and gave myself the lead role. What else?
I came to the theater via detours, experienced the theater business first hand, and knew this is where I belong.

The direct contact with the audience, to create an imaginary world, as if it were real and also in such a way that my listener, whether small or large, also sees, feels or tastes it, fascinates me again and again.
My life is as diverse and colorful as the stories. I now work as a narrator, theater pedagogue and coach. In each of my areas of work, I draw on a wealth of experience as an actress, storyteller, educator, musician, author, director, group leader and mother of two children.
Even though I'm a northern light, I love the mountains around me. The Fünfseenland with its forests and lakes has become an important lifeline for me.

For me personally, the forest is a place of security and mental clarity, where I can breathe a sigh of relief and recharge. I get into the "here and now" very quickly, center myself and am grounded at the same time.

We humans have lived in harmony with nature for millennia and at the same time were part of it. In the meantime we have settled down, live in cities made of concrete and are moving more and more away from our actual nature.
For me it is no wonder that an often unconscious longing for nature and especially the forest arises as a result.

In nature we find our own inner nature again and that also affects our everyday life.

And when I get wanderlust, I discover new places with great childlike pleasure.
Show moreShow less