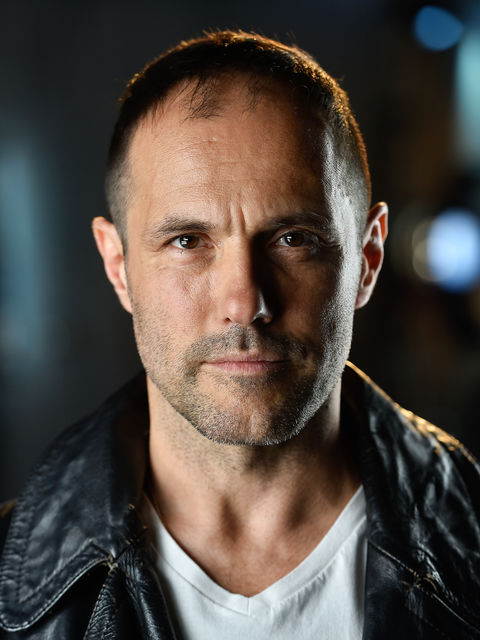 Andreas Beckett was born at the foot of the Bavarian Alps into a devout catholic family. One of six children, he grew up in a farming community 40 miles from Munich. He began playing ice hockey at the age of Seven, and by the time he turned 16 he was a 6-time National Junior League Champion with the EV Landshut. In the next six years he excelled in Swing Dance Acrobatics, as part of the World Champion Team from Munich, while simultaneously earning a Masters degree in mechanical Engineering. Realizing that his passion was in front of an audience, he looked to the theater and dreamed of going to America. While performing at the National Opera in Munich, a choreographer working for Jerome Robbins scouted Andreas and offered him a role in West Side Story with the Cleveland Opera. In the same year, he performed at the Papermill Playhouse, Radio City Music Hall, New York Metropolitan Opera, and became a founding member of the acrobatic dance company Antigravity.

With a successful career as a dancer, Andreas got the acting bug and for the next three years studied at the William Esper Studio in New York City. He made his TV debut playing Hitler on Saturday Night Live, followed by his acclaimed portrayal of Macbeth at the American Theater in NYC. He also played the lead in his first film, Empty, by Micah Herman, earning the Audience Award at the DGA in L.A. The multi-talented Beckett is also a classically trained tenor. He performed with the Metropolitan Opera (NYC), the National Opera in Munich, the Cleveland Opera and the Santa Barbara Opera. He has worked extensively on stage in title roles such as Richard III at the Stella Adler Theater in Los Angeles, Modigliani at the City Center in NYC directed by Elaine Stritch, Dracula Off Broadway, Radcliff, the American premiere Off Broadway, Gustav Klimt in Alma at the L.A. Theater, Mercutio in Romeo & Juliet directed by Louis Fantasia at the Met Theater, and in musicals such as Cats, West Side Story, La Cage aux Folles, Pajama Game and Carousel.

Andreas worked with Michael Bay on Transformers: Age of Extinction starring in a scene with Bumblebee. He won the best male actor award at the Monaco International Film Festival for his portrayal of Will in the Film My Christmas Wish. He was also seen in Rashida Jones’s critically acclaimed Celeste and Jesse forever. Other films include the Killer in Diary of a Serial Killer for Lionsgate, When Nietzsche Wept for Millennium Films with Kathryn Winnick, Poseidon and Gamer with Gerald Butler. On TV, he guest-starred on shows like NCIS (CBS), Counterpart (Starz), Dr. Vegas (CBS) and Days of Our Lives (NBC). He created and starred in his one man show Unbuttoned, which won Best Play at the Hollywood Fringe Festival. Director and Musical Director were Mitzi Welch and Ken Welch (Carol Burnett Show).

He recently filmed a US-Egyptian Co-Production of the TV series Newton's Cradle with Egyptian Star Mona Zaki, directed by Tamer Mohsen. Even though Andreas has never played a Video Game, he can be seen and played as character Ingo Beck in Call Of Duty, Coldwar, the highest grossing Video Game in 2020.

Andreas lives with his partner in Los Angeles. He has 2 sons and is a proud and dedicated father to them.
Show moreShow less