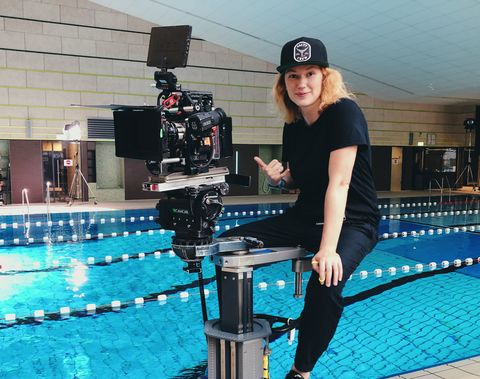 In 2011 I graduated from the St. Petersburg State University of Film and Television with a degree in Cinematography. My graduation film “Chud” represented Russia at the 65th Festival de Cannes, “Global Russians”.
Following my graduation – from 2011 to 2014 - I worked as a DOP in diverse and challenging environments across Russia including Siberia, Moscow, St. Petersburg and locations north of the Arctic circle, gaining valuable
experience. In 2017, I received a Bachelor’s Degree of Fine Arts in Cinematography at the Film University Babelsberg Konrad Wolf. My graduation film “Rå” was showcased at the 68th Berlinale film festival and won several
prizes, including LOLA for „BEST SHORT FICTION FILM“, German Short film prize 2018. It also received nomination in cinematography category of Michael-Ballhaus-Prize at the “First Step Award” in 2018. In 2019 I have
graduated with a Master of Fine Arts degree in Cinematography at the Film University Babelsberg Konrad Wolf. While studying I continued to work as a DOP on international feature and documentary films, many of which
were showcased at numerous respected international Film Festivals. Blend between the classical Russian film school and modern practice oriented approach of German education – allowed me to develop a unique vision.
My experience in the European film industry has seasoned me as a professional DOP.
Show moreShow less