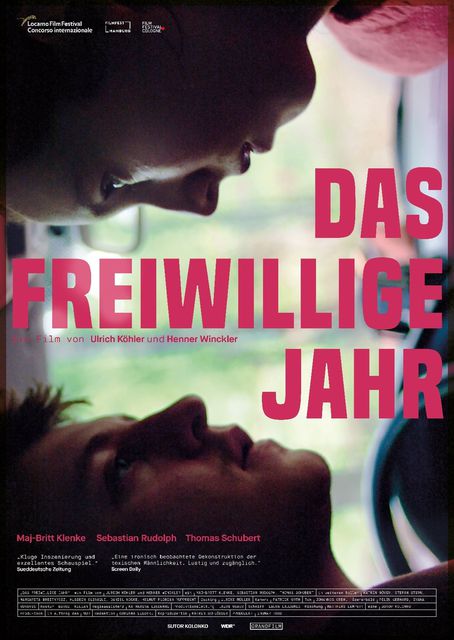 Edit
Urs has a busy life, bringing up his teenage daughter Jette alone, taking care of his alcoholic brother and helping out in the nearby refugee home. He urges Jette to take a year off before university and do social work in South America: Urs is determined that she should have a free, independent life rather than being stuck in the provinces like him. But Jette is torn between living up to her father's expectations and being with her boyfriend Mario. At the last moment, instead of boarding the plane for Costa Rica she sneaks back and hides in a caravan belonging to Mario’s parents at the outskirts of the village. Urs is taught a painful lesson about the limits of his tolerance and ultimately realises that he can't force other people to be happy.
A film about life as a space filled with possibilities… a space which can very quickly become too small. (https://sutorkolonko.de/en/films/das-freiwillige-jahr/)
Show moreShow less