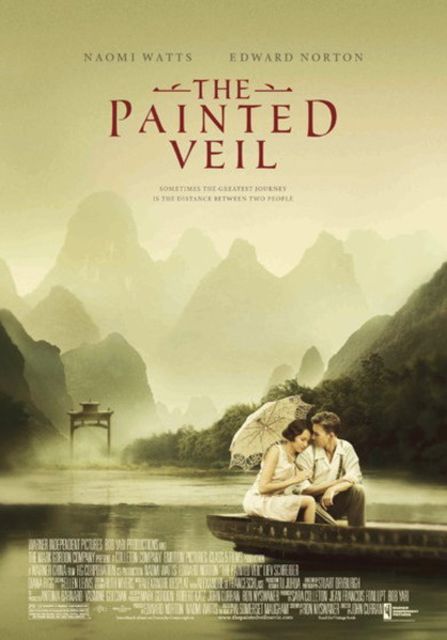 Bearbeiten
Based on the novel by W. Somerset Maugham and set against the visually stunning backdrop of China during one of its most dramatic periods of upheaval, "The Painted Veil" tells a unique love story of an estranged husband and wife who find redemption and unexpected grace in a very unlikely place.
The year is 1925 and Kitty is an upperclass London socialite closing in on an age when a proper lady must find a husband. To remain unwed much longer would be highly unbecoming, not to mention humilitating for her exceedingly socially conscious mother.

Bored with her priviledged lifestyle anyway and yearning for escape, Kitty accepts a proposal of marriage from Dr. Walter Fame, a quiet, serious bacteriologist, who moves the new couple to Shanghai.
In the strange city- which is blooming into the center of popular culture, intrigue and vice in China- the Fanes venture out into British colonial society, where they are introduced to English Vice Consul Charles Townsend. While Walter dedicates himself to his work and his new wife, Kitty embarks on an adulterous affair with Charles.

After Walter learns on her indescrition, he accepts a job in a remote village in China ravaged by the deadly cholera epidemic. Seized by revenge he forces a despondent Kitty to accompany him.

After the Fanes arrive in the village of Mei-tan-fu, the couple's wintry isolation continues. Kitty befriends a neighbour, Deputy Commissioner Waddington and the emotional trappings of her former life slowly fall away as she begins to confront the reality of her surroundings. Amid the human wreckage of the cholera epidemic which has given both spouses new purpose, Kitty and Walter discover forgiveness, understanding, even tenderness- and rediscover each other.